Back in stock! Freddie Gibbs is the product of violent, drug-laden streets but unlike most rappers with similar resumes, he brings the block to the booth without inhibition or an exaggerated rap persona. Piñata, a 17 track collaboration with producer Madlib, is the best distillation yet of his transparent approach to making music, combining an at times stark honesty with electrifying talent as a lyricist and performer. Piñata is “a gangster Blaxploitation film on wax,” says Gibbs, who came up on the streets of Gary, Indiana, the disregarded city previously best known for producing Michael Jackson. Here he is joined by Mac Miller, Earl Sweatshirt, Raekwon, Scarface, Domo Genesis, Ab-Soul and a host of others in setting his soliloquies of the streets alongside film snippets and dusted funk, soul and prog musical tapestries. While this is the latest in a series of single-artist collaborations for Madlib, after Jaylib (J Dilla), Madvillainy (MF Doom) and the street-centric O.J. Simpson with Detroit’s Guilty Simpson, the pairing is unique as it is the first time for Gibbs working with just one producer. On Piñata, where Gibbs can shift from textbook lessons in robbing and drugging on trackslike “Scarface” and “Knicks,” to perhaps the album’s most personal song, “Broken,” a collaboration with Scarface, who, along with Tupac, DMX and 50 Cent, make up the rapper’s own Mount Rushmore of MCs (“You’re getting a hurricane of all those motherfuckers hitting you at once when you listen to Freddie Gibbs,” he says). “Deeper,” a Gibbs favorite and the third single from the album after “Thuggin’” (2012) and “Shame,” (2013) is an ode to hip-hop in the mold of Common’s “I Used to Love H.E.R.”, “High,” featuring Danny Brown, is self-explanatory and just what you would expect from Gibbs, Madlib and one of Detroit’s finest, while on “Real,” Gibbs addresses an old score just as Michael Corleone settled all family business on baptism day. As a producer, Madlib, quite simply, is music, and ten years into his career—a time when other artists become comfortable—Gibbs remains restless, focused, with an eye on the competition and their position relative to his ascent. This is because mentally, he’s still on the corner hustling, which would be the downfall of the average rapper. With Piñata, Gibbs confirms that he is anything but average. Featuring Danny Brown, Mac Miller, Earl Sweatshirt, Raekwon, Scarface, Domo Genesis, Ab-Soul, Polyester the Saint, BJ The Chicago Kid, Big Time Watts, G-Wiz, Casey Veggies, Sulaiman, Meechy Darko & Freddie Kane. 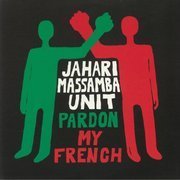 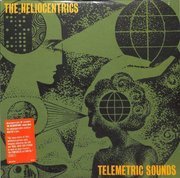 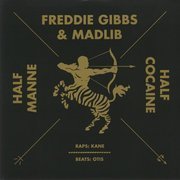 Half Manne Half Cocaine 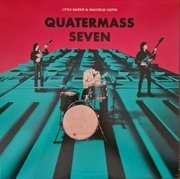 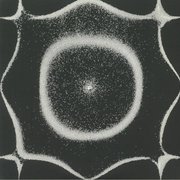 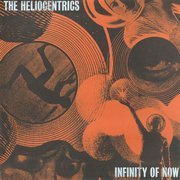