This rarity from the Thule catalog has been considered by many to be one of the finest releases from the label and has been extremely sought after by techno-loving vinyl collectors. These couple of minimal techno masterpieces were released in 1998 and immediately caught the attention of big names within the industry - such as Richie Hawtin. From the hypnotic and atmospheric “T1″ to the driven minimal beauty of “T2″ - this release is a solid feast for the ears, mind and soul. Thor (Thorhallur Skulason) is one of the founders of the Thule Records legacy. With his numerous releases on Sushitech Berlin, Connaisseur Recordings and Missile Records (to name a few), he has established himself as one of the leading techno producers of our generation. Thule Records is considered by many to be a pioneer in the field of dub-influenced techno music and was a starting point for many of Iceland’s most renowned electronic musicians. 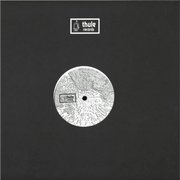