It’s been a busy 3 years since Danny Berman aka Red Rack’em released on his own Bergerac imprint. Since then he’s toured relentlessly, released a whole album of live music based disco/punk funk for Sonar Kollektiv as Hot Coins, managed to completely update his biggest track ‘In Love Again’ to make it a hit the second time around plus released spaced out, wonky party smashers on Wolf Music, Phonica, City Fly and Telefonplan. While all this was going on Bergerac was largely on ice but now Berman is turning his energy back to the label with a vengeance. Wonky Bassline Disco Banger is accurately titled. An uplifting intro breaks down into a slamming disco house number and just when you think you know what’s going on… Then the trademark Red Rack’em wonky bass drops in. 150% Guaranteed party smasher… Jazzy House Extension is super vintage Red Rack’em from around 2004 - something for the jazz heads out there - cracked out piano and far too loud double bass come together to birth a euphoric yet banging snapshot of a producer learning his chops. Destined is a slightly demented leftfield house number featuring mangled, pitch shifting fretless bass and vocals samples discussing someones destiny. A woozy end to the EP. 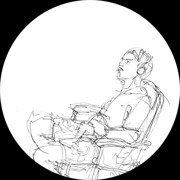 Place For Me (version) / Exhalt 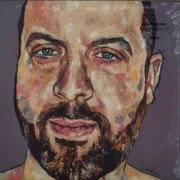