Chicago, 1991. The House Jam Records go from strength to strength, having already released a slew of influential and classic records from 1987 onwards, the duo of Larry Thompson and Rick Lenoir are making their impression felt on the dance music scene not only in their own city, but on a worldwide scale. Enter Tikkle, another undercover pseudonym used by the pair for their own special brand of deep House tracks. “Outer Limits” was the first release using this name and is an essential EP of midwestern machine grooves. The tracks have that rough, basement vibe with a healthy dose of deep, melodic qualities thrown in, the track “Outer Limits” for example, has a sophisticated almost Jazz like vibe that wouldn’t sound out of place on an early UR release! The second track on the EP “In The Beginning…” is a driving cut based around Mach’s legendary “On & On” (often cited as one of the “first” House tracks!) with Thompson and Lenoir adding some dope keys, strings and extra drum machines all with that trademark LNR swing. “Holding On” is a stripped back, percussion led, heads down kinda jam… the kind of track to make dance-floors sweat, solid stuff indeed! The whole EP has been reissued as it was originally released in 1991, with all original House Jam label artwork intact. For this special 2016 pressing Rick Lenoir dug in his vault of reel to reel tapes and excavated a long lost Tikkle track that has never been released….. until now - “My Mood (Rick’s Cosmic Mix Edit)” is the closing track of the EP and is a fresh, 24 year old acid track with ocean deep pads - What a discovery, and one that will undoubtedly excite House heads! This track is exclusive to this repress! All audio has been lifted from Rick Lenoir’s private collection of reel to reel tapes from his basement and remastered accordingly. This reissue has been realised with the full involvement of Thompson & Lenoir and is 100% legit! 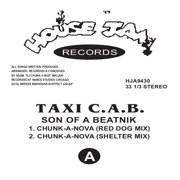 Son Of A Beatnik 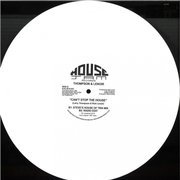 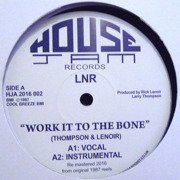 Work It To The Bone 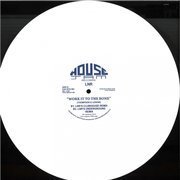 Work It To The Bone (white vinyl)