It would be fair to say that In Flagranti's latest EP, a collaborative affair alongside New York based performance artist Ayamakay, is one of the best things they've put out in ages. This is due in no small part to their smart choice of remixers. Polish dub-head Das Komplex does a terrific job on the A-side, stretching out a spacey, dubbed-out groove, before twisting "Tonight, Good Night" into a bustling, dub disco masterpiece. For those who dig the Idjuts style disco dub drums, he's also delivered a tasty Bonus Beat version. On the flip, In Flagranti themselves deliver a smoker-friendly Dub of "Pokkit Pokkit", while Dutchman-in-London gives "You Only Live Once" the full glitch-clad punk-funk treatment. 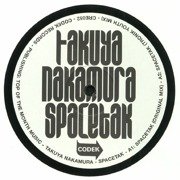