Given his prolific nature, it's perhaps surprising to find that 5 is actually Medhi Djebali's debut album. The title was apparently chosen as both a nod to the fifth anniversary of his self-titled label, and as a reflection of the number of months it took the Parisian to record it. As you might expect, it's an enjoyable collection of largely club-friendly cuts, with Djebali offering nods towards Robsoul style tech-house ("Nineties Playground", "Mister Bastard"), spacey ambience ("Heartgroover", "The Other Night"), acid (the funk-fuelled "D.B Cooper", "God's Dreams"), and warm, early morning deep house ("Seven Blessings", "Ideal Dawn"). To round things off, he also includes a head-nodding chunk of dreamy instrumental hip-hop (John Dimas collaboration "Suzaku"). 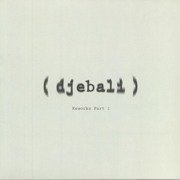