Piero Umiliani is an Italian jazz musician, most famous also for his dalliances in scoring many film soundtracks. The compositions here, have been credited to Rovi (another alias used by Umiliani). This LP made by ten tracks that could have been the perfect soundtrack of a 'Commedia Sexy All'Italiana' (a genre characterised by sex-based plots and bawdy jokes). At that time in Italy disco had still an exotic appeal and was considered apt to accompany a genre of movies that was at once erotic and comic. Discomusic is some sort of a white version of a sound that is inherently black, a unique record within Umiliani's discography. The track Discomania became popular as the closing theme of 90- Minuto, a famous Italian football TV show, bringing Umiliani's music to millions of Italian households. 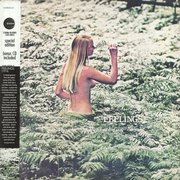