Billy Cole's one and only album, Woman, has long been a "holy grail" amongst funk and soul collectors. Recorded and released in Kingston, Jamaica, sometime in the 1970s, it's fiendishly hard to find. This timely 7" boasts one of the album's most sought-after tracks, "Little Green Apples" - a jaunty and groovy combination of rolling soul grooves, clipped guitars and a sweet vocal from Cole that's closer to loved-up 1960s dream pop than raw funk or soul. It's a beautifully sun-kissed and life-affirming combination, all told. Flip to the B for "Mystic Mood", a later single credited to the Billy Cole Orchestra that smothers a symphonic, easy listening disco groove in spacey Moog lines. 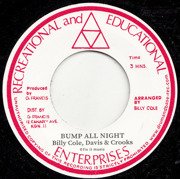 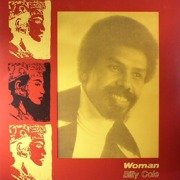