As one half of The Pendletons (along with E Da Boss), Limon has been leaving his imprint on the modern funk scene since 2010 with classic singles like “Waiting On You,” “Let Me Turn You On,” and most recently on the Gotta Get Out EP. This solo 45 features two choice cuts with appearances from West Coast heavy hitters E. Live and B. Bravo. “Dancing With Somebody" is a sleek and sexy mid-tempo delight where Limon croons about dancing with a stranger while another lover is on his mind. Steppers will adore the bumping drums, soaring keys, and resonant bass that peeks its head out at the perfect times. Too good. 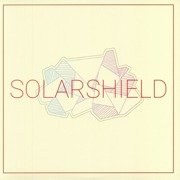