Solar Shield kicked off the Austin Boogie Crew Records discography with a bang in 2014 with his "Reesis" 45 -- so much so that the labelhad to press it 3 times to meet demand. Now , Austin boogie Crew present his much anticipated selftitled LP with 9 tracks of laid back modern funk!

Austin, TX, musician Chris McDowell is a wonder on the keys. Under his Solar Shield moniker Texas producer Chris McDowell creates exuberant compositions that elegantly walk a tightrope between modern funk and electronic beat music. This quality nine track release features songs created between 2011 and 2013, settling into the modern funk cannon of 2018 with ease. 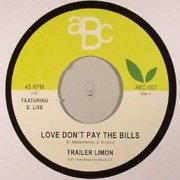