Related Artists Thomass Jackson, Red Axes, Tolouse Low Trax, Mijo, Rebolledo Info: Mexican producer Iñigo Vontier releases his 5th EP, including a massive remix from Tolouse Low Trax (Salon Des Amateurs, Antinote). This new Lumière Noire release will be accompanied by a tour of Iñigo Vontier in Europe. 'Since I was little, I've been immersed in the culture of the Mexican Aztecs and Mayas. So, logically, I'm attracted to magic and spells. Mixing both in my music is the perfect combination of my tastes and my roots". Seen from Europe, Iñigo Vontier's assertion can seem puzzling, but from the point of view of a Guadalajaran DJ-producer, this blending of genres makes all sorts of sense, expressing the dreams of peoples steeped in mystique, whose rites have provided refuge and hope through generations. As soon as the needle hits Aluxes ("it's the name of forest spirits, and it's pronounced 'aloo-chess',' according to Iñigo) a channel to occult forces does seem to open up. The EP's title track, with its sparse, unfathomable voices and its bouncing, metered rhythm, is like a spell operating its serene power over the listener. The spirits are at time tricksters: the facetious Patito and its stubborn metallic rhythm brings back Vontier's precious dark disco essence, which mellows out what would be more overly-serious Western electronic music: 'I'm proud to help the Mexican Dance Music scene make its international mark, along with Rebolledo and others. My personal contribution, along with my role as a label head, is to bring this sound to the world. Musically speaking, that means that our productions are increasingly influenced by Latino - and sometimes Arabic - sounds, which makes them more diverse and eclectic". 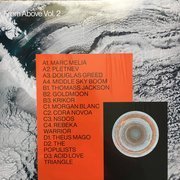 From Above Vol. 2 (coloured vinyl) 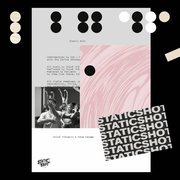 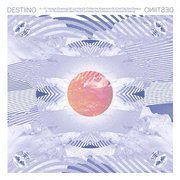