Shintaro Sakamoto's third solo album is a bonafide masterpiece of warped steel guitar, ambient disco and Adult Oriented Rock soul. An exclusive Mesh-Key release with completely different art from the Japanese release. The beloved cult singer, songwriter and multi-instrumentalist led Tokyo's psych rock gods Yura Yura Teikoku for 21 years, until they disbanded in 2010. Post-YYT, Sakamoto has released several brilliant solo albums and an array of singles and collaborations. And as if that weren't enough, he is also a renowned and sought after visual artist and designer. Comes with full-colour inserts with translations of all the lyrics. 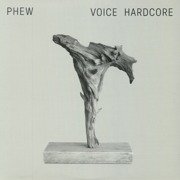