Tafi Allstars is a collaborative recording project between Optimo Music artists Thomas Lea Clarke (MR TC) and Conal Blake (Whilst) and members of the Tafi Cultural Institute of Tafi Atome, Ghana. After having previously visited Tafi Atome to take part in the Music of the Volta Region Study tours that are organised by TCI in collaboration with Green Door Studio, Clarke and Blake secured funding from Creative Scotland to travel back to Tafi in November 2016 to record a mini-album of tracks that blend the rhythms and melodies of traditional Borborbor and Agbadza drumming forms and Ewe songwriting with electronic instrumentation and dub recording techniques. Clarke and Blake travelled to Tafi with a basic recording set up of laptop, microphone and soundcard, a drum machine and a synthesizer and the six tracks on the record came to fruition through various ways of working. Gormedzedze' (The Beginning) in which Michael 'Chilly' Dzandu recites, in Ewe, the story of how the relationship between Green Door and TCI began, was built from the skeleton of an instrumental idea that had been prepared in Glasgow. 'Deka Wor Wor' (Togetherness) and 'Agbe Me Nya Wo' (History of Life) were built up from songs composed by vocalists Regina Egbeako and Regina Anyormi. 'Cantata' is a traditional slow form of Agbadza drumming that Clarke and Blake simply overdubbed with various electronic sounds and more vocals from Chilly. Finally the title track 'Outside Rhythm' is a straight percussion jam performed by Agblor Jerry Philip outside of the new 'Ghanaian Door' recording studio that is being built for the community of Tafi Atome through the help of projects like this and the 'Youth Stand Up!' album which was released on Autonomous Africa in 2015. After returning from Tafi, all the tracks were finalised and mixed at the Green Door Studio in Glasgow with the help of Stuart Evans and Emily Maclaren. The resulting mini LP 'Outside Rhythm' will be released on Autonomous Africa on the 22nd of September with all the proceeds from the sale of this record going back to Tafi to fund the completion of the Ghanaian Door Studio. 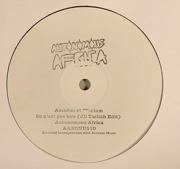 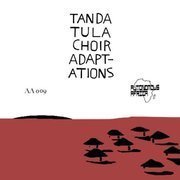 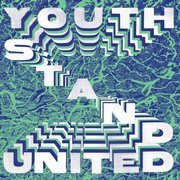