On September 11th, 2015 the audience of the stunning 'Rotor' concert series witnessed the first live appearance of John Gürtler and Phillip Sollmann underneath a highway bridge in Offenbach, Germany. Hosted by International Music Institute Darmstadt alongside Institut für Klangforschung Offenbach and HfMDK Frankfurt, the newly formed duo performed an aural conversation on stage within the incredible architectural environment. A year later, an extract of these live recordings became part of the Sky Walking Label compilation '41'36' that now leads to the debut album of Sollmann & Gürtler 'Gegen Die Zeit'. Phillip Sollmann and John Gürtler met as studio neighbors in the complex 'The Meadow', rebuilt in 2011 in Berlin Wedding. Exchanging ideas and instrumental advice ever since, they soon became collaborators. An acoustic version by John Gürtler for Sollmann's scientific Techno project Efdemin was the first result of their exchange. Besides his futuristic techno productions, Phillip Sollmann is best known for his sound installations and performances including work on the Harry Partch Instruments, the Helmholtz Double Sirene and Bertoia's sound sculptures. First shown at Volksbühne Berlin in February, the show Monophonie will travel to Bochum in September as part of the Ruhrtriiiennale. Along with Konrad Sprenger (Pan / Choose) Sollmann is currently working on a unique modified Modular Organ System consisting of 93 church organ pipes that has been shown Kestnergesellschaft Hannover and Mathew Gallery Berlin - the headquarter of Sky Walking Records. The multi instrumentalist and singer John Gürtler co- founded the studio collective Paradox Paradise. The composer is mainly writing and improvising film scores, ranging from electronica to songs and orchestral works. Gürtler has won multiple awards, including Best Song in a Film in 2014 and Best Documentary Score 2015 for Above and Below. The former free-jazz saxophonist returns to his roots as an experimental improviser and producer with the newly formed Sollmann & Gürtler. As the record's title indicates, time seems to vaporize. While Sollmann's ring modulated electric guitar acts mainly as a fragile, percussive voice - Gürtler answers with dense and drifting modal atmospheres. A variety of reed instruments are sent through a cluster of electronic filters and devices. With - Gegen Die Zeit', the Sky Walking imprint starts a series of releases that are focussed on spontaneous music and live recordings. Artists such as the improvisation group 'Schluss' and Golden Pudel Club's Nika Son will continue the program. 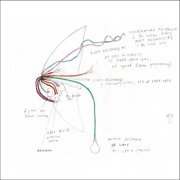