When experiencing zero gravity in a space station, looking back at Earth-as-one, most astronauts feel dizzy. A near revelation, this sudden awareness is named the Overview Effect'. When they eventually come out of these periods of aphasia, they often recall having heard "strange music', similar to the music they claim to have heard on the hidden side of the Moon. Smagghe & Cross's second collaboration (recorded before the MA album, released last year on Often) is the first attempt to recreate this celestial music. For the past two decades, Ivan Smagghe has perfected the art of making spaced-out clubbers dance, has ridden a Fine Line and run his label Les Disques de La Mort. Rupert Cross is a London- based composer who has worked with Michael Finissy and Julian Anderson as wel l as writing music for television and theatre. Before/after MA, an album which sat on the fringes of experimental music passed through an industrial particle accelerator. S&C give you the tracks codenamed Timothy Dalton (according to Ivan, "The laser sound in the track reminded us of Flash Gordon"). Neither pop, nor psychedelic, nor ambient, nor house, nor techno, nor post punk nor even new wave are spared, but none are singled out. To nurture this proto-album, the duo also called upon the talents of Tim Felton, the outstanding guitarist from the cult band Broadcast. When listening to Timothy Dalton, the temporal and stylistic boundaries disintegrate to give way to all sorts of speculation: imagine the beardies from Tangerine Dream being kidnapped by Soft Cell, C86 and 1988, the Silver Apples composing a space opera with the help of an electro cardiogram monitor. Or the Wizard of OZ reviewed and reworked by Psychic TV. Eight tracks take us from the New Orderey beaches of Ostend to the rings of Saturn, and gradually unfold before our eyes like a machine to travel through time and space. So what if Timothy Dalton was a one-way ticket to the Twilight Zone. 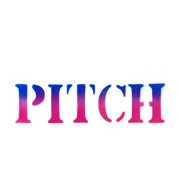 What Am I Gonna Do For Fun 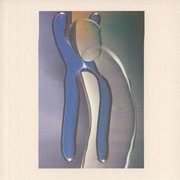