Hamid promises a fresh spin from Arria's second solid release, Flashlight Remembrance, each of the three tracks containing delightful surprises that buck listener expectations. Nothing spells out his use of contrast & spontaneity like FLSHR 1, both in the way the track is built and the unfamiliar elements interaction. FLSHR 2 features a strong game, distinguishing itself through its textural design: the track is complemented by warped brimms located in different plans - among the record's most visceral pleasures. On the flipside, FLSHR 3 can be described as a heady exploration with a hypnotic encounter, repetitive for all the right reasons. The EP is built out of 3 tracks that come with a powerful attitude and are about to spin the dancefloor. 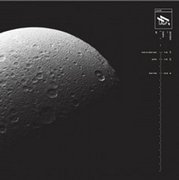