Manhattan to Berlin. Our story has touchstones in Detroit, Birmingham, Sheffield, and Berlin, but it begins with some prophetic foreshadowing in a midnight Manhattan car ride. It was a cold winter night in early 2006, and Dave Sumner, better known as Function, wanted to show me what inspired him, so we got in his car and drove around the perimeter of Manhattan. From the financial district to Harlem, all the city lights, rivers, bridges, and even giant buildings shrunk in comparison to the sounds we were listening to. Dave had found a new path in techno, and as he obsessively talked about the British Murder Boys and the work of Mika Vainio, he focused in on his latest influence: Sleeparchive. As we were listening to a recent Sleeparchive live show, we were basically freaking out at how clearly you could hear the reflected influences, but really how fresh and innovative it felt. Elements of Plastikman's take on jacking raw rhythms collided with Sähkö bleeps for a powerful post-Jeff Mills form of techno. It was acid without acid. Finally a way forward. The next year on a humid summer night in Berlin, Dave and Karl O'Connor, better known as Regis, were sitting with their laptops back to back at 2 am in his apartment. 'They were set up Battleship style, it was like the cover to Upstairs at Eric's,' recalls Dave. He was playing Karl selections of his new music when Karl stopped him and said, 'This is your new record.' They worked through the night and within a day the record was done; Dave was so inspired he decided to move there, to 'techno Mecca.' He returned to NYC to get ready, and three months later, on the day he moved to Berlin, his record was released as Isolation on Sandwell District and was named DJ Magazine's 12 Inch of the Month. He then set up his studio in the warehouse of Tony Vieira, who had run Integrale Muzique with Karl, and is literally surrounded by records. He makes his new records with those records doubling as his soundproofing and audience. Sandwell District Sandwell District is a literal place — the Black Country — where the industrial revolution began. It's one of the many Dadaesque references in the Integrale catalog. The whole thing has this major punk DIY spirit, best characterized by the line from the Desperate Bicycles: 'it was easy, it was cheap, go and do it!' Sandwell District quickly evolved from a label into a music project with a distinctly egoless and mysterious approach. They functioned around the motto of 'Decentralizing the artist ego, blurring the lines between the artist, label and DJ; re-arranging the DNA of modern dance music.' The first record on Sandwell was by Regis, followed by records from Juan Mendez as Silent Servant and Dave as Function; soon they would all release collectively. Sandwell District was a more mature response, the second stage of a career with the disparate influences absorbed, digested, and slowed down, yet somehow more emotional. The combined musical knowledge of these three was magic; all bases were covered. Juan created the powerful visual language of Sandwell and was the glue, while Karl and Dave became the engine driving Sandwell District live. Sandwell peaked with some legendary live shows, from closing the mainstage at Sonar to playing the Park Hill Flats in Sheffield for Black Dog, with Cabaret Voltaire's Richard H Kirk pogoing onstage during the performance. Later, Rrose would become an integral part of Sandwell, right before they broke up at the height of their popularity, in the spirit of their heroes Big Black. 'It was a glorious death, not a mercy killing, as is so often the case in these situations,' Sandwell said through a statement from Silent Servant. Dave then went on to record his debut solo album Incubation for Ostgut Ton and revived Infrastructure. The Next Phase Sometimes the only way forward is to look backwards. Those who cannot remember the past are condemned to repeat it, as the saying goes. So what you hold in your hands, Recompiled I/II & II/II, is an attempt to understand what has happened and to liberate the artist from the burden of their own oeuvre. Moving forward, Function is still connecting the dots with his DJing around the globe, with residencies at Berghain in Berlin and Bassani in Tbilisi, Georgia. Collaborations with techno super heroes continue, in projects like LSD with Luke Slater and Steve Bicknell and his work with Damon Wild. Who knows what the future holds New music, new collaborations, new developments in sound — places for new ideas to thrive. In Detroit, we wanted to see society evolve; Detroit Techno was about the future. Techno at Berghain is about losing yourself; it's about personal freedom. Function has created the perfect soundtrack for that experience. 'Techno is reflective,' according to Dave. 'It taps into another emotion that nothing else gives me.' Words by Brendan M. Gillen, Interdimensional Transmissions, Detroit, 2017. 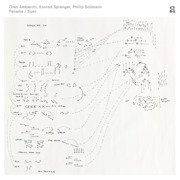 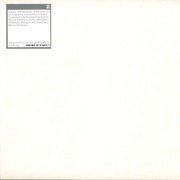 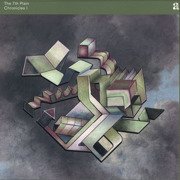 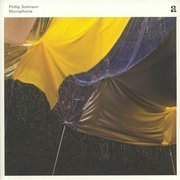 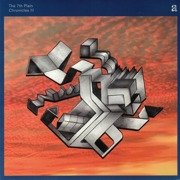 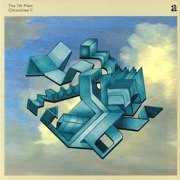