Field Records welcomes Acronym for a new album, Malm, which follows many great ambient laced deep techno EPs and LPs on Semantica and Northern Electronics. The 10-track beatless affair pays homage to one of his lost friends who was torn between his dualistic nature. In a state of paranoia, stress and inner conflict, even brief moments of panic can be fatal for yourself and the people around you. This album is born from those ideas and was recorded and arranged between 2015 and 2017 in different parts of the world using various analog and digital synthesizers and effects. Informed by grief and sorrow, the album evolved through a number of different forms and finally comprises three acts; the first two showcase the artist's take on the mental and physical circumstances during the events that took place on the 4th of January 2016 in Malmi, Helsinki, and the final act presents his viewpoint after that date. The Swedish artist offers absorbing and meditative passages of ambience and sombre atmosphere across all pieces here. Long, tailed pads gently come and go, occasional percussive sounds get sprinkled about and bleak keys bring real tenderness. It's an escapist listen that ranges from oppressive and heavy to more subtly uplifting and is one of the most coherent and cohesive albums you could wish to hear. 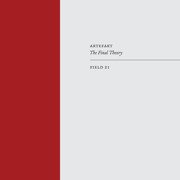