It is a distinct honour and privilege to welcome the legendary musicianWally BadaroutoDiskotopiawithThe Unnamed Trilogy Vol.1, a collection of recent solo work presented for the first time as a limited-edition 12" and select digital EP,marking the first vinyl release of his solo music since 1989.The release has already gained a great deal of excitement following its announcement on FACT magazine, The Vinyl Factory, Resident Advisor and other media in early August. Wally Badarou is a visionary musician who over the years has forged a history that is immensely storied, diverse and creatively rich. He has not only released timeless solo material such as the incredible Echoes LP in 1984 (part of which reached a new generation of music fans when the track Mambo was sampled for Massive Attack's Daydreaming), but has also recorded on classic albums with luminaries such as Grace Jones, Sly & Robbie, Mick Jagger, Fela Kuti, Robert Palmer, Jimmy Cliff, Black Uhuru and Talking Heads to name just a few. Both co-founders of Diskotopia have been huge fans of Mr. Badarou's work since before the label's inception and are elated to present The Unnamed Trilogy Vol.1 to the world at large. 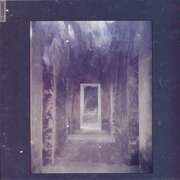