It is now possible to see a big picture. This means there is a timeline with enough years and developments since this sound generically named Batida emerged on its own. Lycox is of course part of a newer generation that keeps adding to the sum, but he is already inspiring a younger set of producers. "Sonhos & Pesadelos" helps materialize a multiverse of bold, shiny chrome architecture, staying true to the original kuduro backbone while Lycox organizes new forms, song structures and even artificial life. If you can't call it "raw" it's only because this is mental space translated into sound. The physicality of the music is but one element in Lycox's ambitious take on dance music, although we should really say pop music, such is the melodic and harmonic forces at work. "Solteiro" could be just an ambient beauty but the abnormally long 4-minute mark reveals layers of masterful songcrafting well outside what some might still be tempted to classify as "ethnic". Not a classic seaside romance. 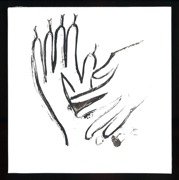 Firma Do Txiga (in hand-painted sleeve) 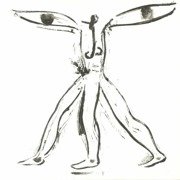 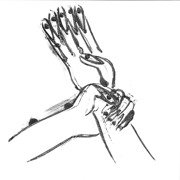