The mysterious Mr. Wollogallu features sophisticated, adventurous, soundscapes that depict, in a manner both blurry and clear at the same time, ancient maps, distant travels, and evocative landscapes, an alchemy of the acoustic and the electronic, created using techniques that were unusual at the time. 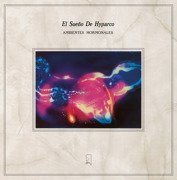