About this release *First 10 tracks only come with the limited edition. Nijmegen's ESHU welcomes co-founder Ivano Tetelepta for his first solo release on the label. It is also the imprint's first full length, but Tetelepta's second album after the hypnotic drum workout that was True Colours, his debut on Fear of Flying in 2012. It comes as a double vinyl release with the first disc being limited, and finds the producer casting himself free from the dance floor and serving up a beautifully atmospheric soundtrack that would be a perfect companion for a nature documentary. When making EPs and 12''s, Tetelepta's smooth and infectious drums are always front and centre in his work, whether solo or as producing with label mates under the ESHU alias. He's also worked with labels like Siena and KERING, but here he shows another side that focusses on short pieces, melody and blissful sound design. To give this album its perfectly warm analogue sound, the whole thing was recorded via cassette and revox tape. The first ten tracks are short, immersive musical worlds with poignant chords and glistening melodies. Some twinkle and shimmer, some sound like an underwater eco system coming to life, and others seem to come from deepest space where solar winds and sonar pulses pass you by. It's cinematic and evocative stuff that takes you away from the here and now and into a different realm. The four tracks on disc two then start with Senang, a suspensory and multi-layered piece of music that has keys, modulations and samples wrapping all around you before Whistle Of Patience has a supple minimal drum line that slowly gets under your skin. Ede 2 Nijmegen is then a turbulent dub track which builds a darker mood before closer De Test sinks back into supple, rubbery and warm drums laced up with hypnotic pads that circle all around. This is an ambitious album of meditative music that offers a beautiful place to lose your mind. 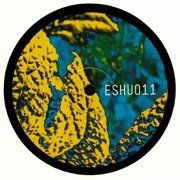