Whoever you are! I'm much closer to you than a stranger (Andrée Chedid)

We are all connected. By atoms and stardust, hearts and minds and six degrees at most. By nature. The universe. Music.

Take LAMOMALI, the new album by iconic French rocker, M. Recorded in collaboration with Toumani Diabaté, that Grammy-winning kora virtuoso from Mali, West Africa, and featuring a who's who of singers and musicians from, well, everywhere, it's both a mighty slice of African pop and a testament to music's power to enchant, heal and unite.

This is the record I've been wanting to make for a long time,' says M, aka Paris-based singer, songwriter, guitarist and multi-instrumentalist, Matthieu Chedid. Twenty years ago I started working with Malian musicians in Paris. A decade later I went to Mali and met musicians including Toumani. Maybe it was my African side' - Chedid is of Lebanese/Egyptian origin - but I felt like I'd come home.'

LAMOMALI showcases the easy empathy between Chedid, a showman whose way with a riff and a lyric has bagged him eight shiny Victoires de la musique awards (think the French Brits), and the quietly brilliant Diabaté - a member of a dynasty that has transformed the kora, that 21-string harp with its great gourd resonator, into one of the most recognisable of African instruments.

Toumani and his eldest son Sidiki, who features throughout LAMOMALI, are 71st and 72nd generation kora maestros in a lineage that stretches back to the Mandé Empire, to when there was no Mali, Senegal, Guinea Bissau or the Gambia. When West Africa was unified.

My mission has always been to bring Mandé music to the world, and let to let people know that music has no borders,' says Diabaté, who has experimented with technique and developed a style of playing that, while rooted in tradition, is open to collaboration.

In the process he has worked across genres including jazz, flamenco and classical (he's been joined onstage by the London Symphony Orchestra), and with artists such as Björk, Damon Albarn and the late great Malian blues guitarist Ali Farka Touré - a longtime hero of M's.

I don't play other people's music and they don't play my music,' says Diabaté. But always, when we put our musics together, we make something new.'

LAMOMALI, then. A tribute to, variously, the kora, Mali, Africa and the world, it's a record that fizzes with life and love, artistry and audacity, tradition and innovation and leftfield imagination. This is contemporary African pop delivered with a knowing, iD-style wink. A fantasy project generated by an A-list star with a knack for reinvention, a man who channels Hendrix and Bolan through his 1964 Fender Strat (among his other s-hot axes) and sends them, lightning bolts zinging, into the future.

I'm like the conceptualiser and cultivator of this album,' says M with a shrug. I planted the seed and then watched it grow and bloom into an extraordinary and colourful African world. A universal world.'

The kora has never sounded like it does on this album, never ever,' says Toumani Diabaté. Matthieu has this production team (including Philippe Zdar of French house duo Cassius) who did an incredible job of mixing kora and guitar.'

There'll be a live show, of course, a spectacular in keeping with M's penchant for inclusive happenings. An aural and visual feast, all singing, all (audience) dancing, bursting with colour and connection (oh, and costumes by Jean-Paul Gaultier). A performance that will bring us home to the sort of world we'd all like to live in.

And you, whoever you are. You're here too. 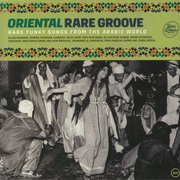 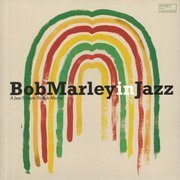 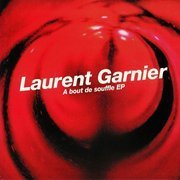 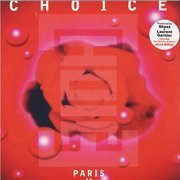