Sterns Edits returns after their well received and recently repressed Amadou Balaké excursions, this time with Ben Gomori turning his hand to Guinea for a third instalment in the series of re-works from the Sterns Music catalogue of African gems. Balla et ses Balladins were one of Guinea’s national ‘orchestras’ formed as a result of the newly elected President, Sékou Touré’s ‘authenticité’ policy of the early 1960s, which sought to promote Guinea’s cultural identity following independence from France in 1958. Gomori takes the scalpel to two cuts recorded during their years on the state-run Syliphone label, making good use of bandleader Balla’s lively trumpet playing. The gently haunting ‘Nyo’ is taken on a stomping slo-mo chug with a head-nodding bassline and stuttering FX creating a shimmering effect on the tropical guitars, while the rousing horns of ‘Wilikabo’ are laid over with rasping synth bass for a punchy juxtaposition. Sterns Edits is an official collaboration between African music stalwarts Sterns Music and London’s Ben Gomori. 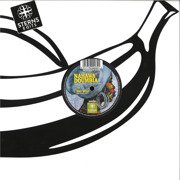 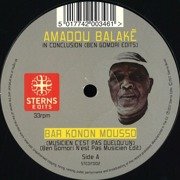