Glyn Bigga Bush has been producing electronic and sample-based music since the early 90s when he formed Rockers Hi Fi, going on to release numerous albums. Since the turn of the century he has produced and DJ'd as BiggaBush as well as various side projects such as Lightning Head (Sonar Kollektiv), the Dandelion Set (Buried Treasure) and the Magic Drum Orchestral (Tru Thoughts).

Bigga's latest project 'Sunken Foal Stories' represents a departure from much of his other work in that it is not primarily based on beats. Instead, his working method was to go with fascinating samples, accidental juxtapositions and irregular loops - inspired by pioneers of sound such as Faust and the audio experiments of Julian House as well as early stereo test records, soundtracks and library music.

The 21 concise tracks of Sunken Foal Stories link into two 15 minute segments on the LP. Bush explores the random elements created by overlaying disparate samples, where chimes of baroque psychedelia clash with ascending classical strings, or a haunting Eastern European folk song is looped into an eternal cadence of longing. Various voices float over the speakers, lost poets, disturbing therapists, dreaming vampires, chuckling cabaret singers. Sourced almost entirely from charity shops and carboot sales, the source material speaks of a forgotten yet relatively recent period, when stereo was something new and exciting, when home entertainment first came into its own and suburban homes thrilled to the exotic sounds of home organs, primitive beatboxes, LPs bought in unusual holiday destinations and 'glamorous' soundtracks. 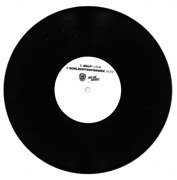 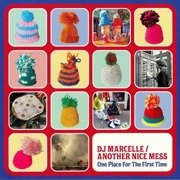 One Place For The First Time