The remarkable Music, Inc. Big Band remains the apotheosis of trumpeter Charles Tolliver's singular creative vision. Rarely if ever has a big band exhibited so much freedom or finesse, while at the same time never overwhelming the virtuoso soloists on whom the performances pivot. Built around the core of Tolliver, pianist Stanley Cowell, bassist Cecil McBee, and drummer Jimmy Hopps, the music boasts the kind of give-and-take born equally of talent and telepathy -- each player seems to communicate with his colleagues on a higher plane, delivering performances to rival any in their careers. Tolliver in particular plays like a man possessed, summoning an energy and clarity that slice through the big, bold arrangements like the proverbial hot knife through butter. 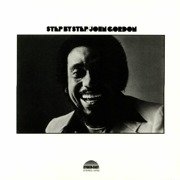