Moving on from the house tinged vibes of LTDX1, side A of the follow up sees Bluetrain (aka label boss Steve O'Sullivan) slip into full Steppa mode for some serious skankin' in the shape of "Armchair Analyst". Set to a classic one-note riff, he fires the machines into action with neatly swung riddims, low toms and a tight kick to hold the groove - making the most of the interplay between reverb and splashes of delay, he fills the spaces and levels in between with precision. Subtle yet groovy, it bears all the hallmarks worthy of soundbwoy status that'll bring some much needed bounce to the dance floor.

By contrast, Side B welcomes a full portion of head nod from Dutch(ie) dub master Roger Gerressen. "Long Overdue" places a firm emphasis on a finely tuned metronomic snare as snappy hats swirl their way around. With off-beat kicks pulsing down low just as much they roll, he makes the most of the bare essentials, injecting a widescreen feel to the composition. A filtered guitar riff and splashes of vocals criss-cross their way across the stereo field, which will appeal as much to techno heads as it will to fans of HEAVY bass. 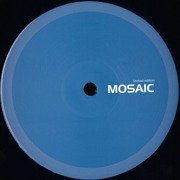 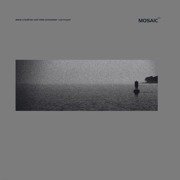