Marrying the old with the new, 'I Need You Now' is drenched in funk bass slickness and colourful chords, yet embraces a wealth of synthesized sounds from electro sequencers to synth-based strings, giving it that early '80s post disco, boogie feel. Bernard Fowler of Peech Boys fame steps up on guest vocals bringing a deep, R&B tone to proceedings, complimented by the all-female vocal prowess of Sinnamon adding their trademark feminine touch to the track.

First up on the flip side, the six minute 'Fierce Reprise' mix. Reversed rides that suck back into the skull, tape delayed vocals and spacey synth echoes blend together, as elements are overlaid and dubbed out for maximum, heavyweight, proto house vibrations.

Last up, a favourite and much used vocal accapella that's been sampled by a whole host of early house, hardcore and garage producers from 808 State and Criminal House to Ray Keith and Paul Johnson.

An essential bit of kit for anyone with a penchant for that early '80s boogie flavour. 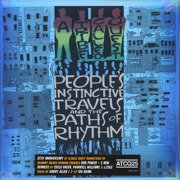