Since 2019 the collective of Parisian partygoers, Pardonnez-Nous, have decided to launch their own label. Just like their parties, their goal is to shine a light on dancing music. Constantly looking for new tracks to enlighten the dancefloors, their outings are in line with the vision of deejaying defended by its founders. Finding forgotten pieces that are the geneses of dance music and mixing them with more contemporary sounds. Re-editions, edits, remixes or original productions the label doesn’t just stick to one style but aspires to represent all the music of partying! Mexico, Peru, Surinam, and of course Sweden: in 1986, musicians from around the world responded to the Swedish composer, arranger and multi-instrumentalist Torbjörn Langborn’s invitation. His idea was to bring together the two groups he played with: a jazz quintet, and his salsa ensemble. The cocktail was explosive: after several days recording at the Humlan studio in Stockholm, Torbjörn Langborn & the Feel Life Orchestra produced an eponymous album, combining, in Langborn’s words, “disco and funk with congas and Batá percussions.” The B side was a three-part gem nearly seven minutes long titled “Feel Life”, where he gives free rein to his talent as a jazz pianist. Thirty years later, we asked the famous remixer Dimitri from Paris to express is talent to produce a new version of this classic music track. "Pardonnez-nous", here it is. 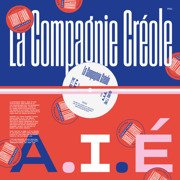