For the latest release on his quietly impressive Foom label, Ben Freeney has secured the rights to release two killer cuts, both of which are significant in their own way. On the A you'll find a previously unreleased Tobias Freund remix of "You Laugh at My Face", an obscure late '70s proto-new wave collaboration between legendary disco producer Patrick Cowley and art-punk vocalist Jorge Socarras (best known for being part of San Fran band Indoor Life). Freund's version is undulating and evocative, with spacey analogue synth motifs and drowsy vocals rising above a pitched-down breakbeat groove. On the flip, German duo Half Hawaii return to action after a six-year break, offering up a slow-burn delight rich in drowsy, melancholic motifs, shuffling drums and dewy-eyed vocals. 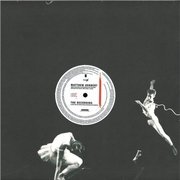