This LP is a sketchbook of Bartlett's live electronic experiments and performances, and is released alongside a CD of longer orchestral and electronic works, Ankle On (ALE010).

Martin Bartlett should be a familiar name. As well as working with a who's who of electronic music, he was an inspiring and original thinker, composer, performer and organiser. His music is distinctive for its warmth and fleshiness, for taking joy from the incidental and anecdotal, and it remains a characterful counterpoint to much contemporary electronic music. It is his preoccupation with building aleatoric elements into electronic music that distinguishes his work, and he devised elegant and open interactions for instrumental performers and computer-controlled synthesizers. This included building his own electronic devices, and extensive work on the Buchla 400.
Born in Croydon in 1939, he was adopted as a baby, and later moved with his family to Canada. He did a short stint in the Navy and completed a music degree at the University of British Columbia, studying under Barbara Pentland, before going on to study composition at Mills College in the late 60s. In 1973 Bartlett and seven others founded the Western Front in Vancouver – a cultural cooperative, gallery and performance space that still exists today, housed in the old meeting hall of the Knights of Pythias (a mason-like fraternity). He continued with his research and teaching, and in 1982 was made professor at Simon Fraser University where he remained for the rest of his life.
His performances were often collaborative – for the Western Front's second anniversary in 1975 he devised the four-channel piece One Piece for Everyone, a composition where he prepared and cooked a cauliflower curry on a table connected to a synthesizer he had built, while reading from texts on food. When the curry was cooked, the piece ended, and everyone was fed.
Bartlett was a prolific writer, and he expresses himself in fresh, lucid, and wonderfully descriptive prose, offering clear thinking on social aspects of electronic music performance; on the barriers between the performer and the 'black box' and on possibilities for organic systems in electronic music. He also wrote accounts of his sailing trips, treatise on performance practices, and technical academic articles on the systems he built, along with the incandescent manifesto-like piece Electronic Recalcitrant, in which he hoped that electronic music would be imbued with “organic codes of growth and metamorphosis” so that he could “pluck elegant and fleshy electronic sound fish from the frothy algorithmic sea of possibilities”.
Key influences were Pauline Oliveros, John Cage and David Tudor, all whom he studied under. Like many of his generation, he became interested in non-Western compositional and philosophical practices, and in 1981 he travelled to India to study Carnatic vocal music with V. Lakshminarayana Iyer in Madras and then on to Burma, Thailand and Indonesia where he studied shadow theatre. He studied South Asian music with Pandit Pran Nath, gamelan with K.R.T. Wasitidipuro, and closely collaborated with Don Buchla on live performances and synthesiser design. He was particularly interested in the Javanese gamelan, which led to him founding the Vancouver Community Gamelan in 1986. On his travels to Indonesia he made hours of field recordings, many of which are accompanied by vivid narrations on the rituals and ceremonies he was documenting.
It is unclear why Bartlett’s work remains unknown. Perhaps it is because it remained largely inside the academy. Perhaps his commitment to live performance and community activity means it was more transient than the work of others. Perhaps his openness about his sexuality played a part in his music not receiving much recognition – one can only speculate. But correspondence in his archive shows that rejection and general lack of interest from labels was a source of great personal discontent, leading to Bartlett working again with the Western Front to release his final opus Pythagoras’ Ghost shortly before his death.
Bartlett died young, of AIDS-related causes, in 1993, but his music remains a rich source of inspiration, and is characterised by an irresistible and unselfconscious charm that renders his sound unique. These selections, along with the companion LP Anecdotal Electronics, and Luke Fowler’s film Electro-Pythagoras, aim to redress this prior neglect, shedding light on this little known personality from electronic music history, who still has so much to say. 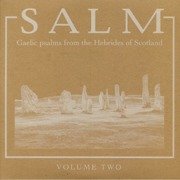 Salm Volume Two: Gaelic Psalms From The Hebrides Of Scotland 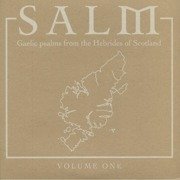 Salm Volume One: Gaelic Psalms From The Hebrides Of Scotland 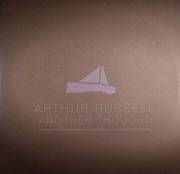