The New York Community Choir (NYCC) began in the early 1970s, a gospel ensemble which developed a style that also gave secular R&B, soul, and pop songs a spiritual dimension; bridging Saturday night and Sunday morning, as it were.

'I'll Keep My Light In My Window' is a slice of joyful uplifting gospel disco, which is as needed in these times as it was when it was released in 1978. This was a great favourite of David Mancuso and Larry Levan at the time, and has remained a much loved dancefloor track for the disco cognoscenti ever since.

This came from NYCC's second LP for RCA, Make Every Day Count, produced by Warren Schatz (who also produced The Brothers, which was Groove Line's first reissue 12' in 2014).

NYCC released a self-titled debut album, also produced by Schatz in 1977 included the dance hit "Express Yourself," the B-side of this release in its 11m45s David Todd & Warren Schatz Disco Mix version.

All Groove Line Records releases are fully licensed and taken from the original master tapes, this 12' has been remastered and cut at half-speed by Matt Colton at Alchemy Mastering (Mastering Engineer of the Year 2013 & 2018). All vinyl is heavy weight 180g manufactured Optimal Media in Germany, one of the world's finest pressing plants.

Groove Line Records cut no corners when making sure that each and every one of our releases has the highest quality performance possible.

Groove Line Records' deluxe reissue of 'I'll Keep My Light In My Window' & 'Express Yourself' is an essential purchase for any serious Disco, Gospel, Funk, or Soul vinyl collector who demands the very best in quality vinyl pressings. Find out more at www.groovelinerecords.co.uk 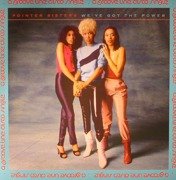 We've Got The Power 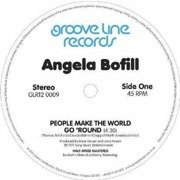 People Make The World Go 'Round