Following the success of the their debut double 12" release, SHELVED RECORDINGS return with part one of a two part set.
2.2 will follow (the sleeve will ship with Part 1)

Returning to a brief but very fruitful period in electronic music production, Shelved Recordings exists to look back to the golden age of the remix, with a clear view of the future it imagined.

Artists who were steered towards maverick producers, with a view to changing the rules, to re-defining the terms of what modern music should and could be.
Pioneering techniques, over-dubs and an exploratory period of pop production, resulted in many lost dub versions and mixes. Mixes, which invariably were left on the shelf, deemed too 'out there' by the bosses of the the hedonistic label managers who commissioned them.

Carefully reconstructed and rebuilt lost classics from someone who was there the first time around ! 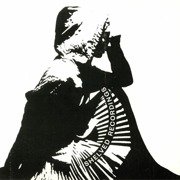