Hôtel Costes presents... » is a collection of exclusive music recorded at Studio HC, the hotel studio, and composed by Masomenos.

The third maxi by Masomenos, STUDIO HC #03 is a fugue composed by Adrien de Maublanc, which marks a continuity in the hypnotic’s signature of the music Masomenos imagined for Hotel Costes.

Masomenos - Composed of Joan Costes and Adrien de Maublanc, has a long collaboration with the Hôtel Costes music history. They have been in charge of the Costes presents serie, a minimal electronic oriented serie of albums by glacial, seuil and themselves, that hosted their first music project called “Costes presents BON VOYAGE”. Since two years now, they have located their studio in the Hôtel Costes extension that have been on works, and named the place Studio HC.

Adrien Boisseau - When he discovers the music at the age of five, he almost immediately is decided to become a musician. At that time, he loves his instrument, the viola, just as much as the piano and singing. After attending the music school of Nevers and the Regional Conservatory of Saint-Maur, Adrien integrates the CNSM of Paris at the age of 14 becoming a student of Jean Sulem. In 2009, aged 17, Adrien picks First Prize as well as the Audience Award at the International Max Rostal Competition and is subsequently invited to make his debut at the Philharmonie in Berlin in 2011, with the Deutsches Symphonie Orchester Berlin conducted by Krzysztof Urbanski.After getting his diploma with the congratulations of the jury at the National Conservatory in Paris, Adrien decides to continue his studies with Tabea Zimmermann in Berlin. Her teaching focuses style and a harmonious approach of the instrument. At the same time, Adrien is successful in several competitions, in Tokyo in 2012 (4th Prize and Prize of the Public) and in Moscow in 2013 (2nd Prize). He starts to be a soloist with orchestras such as the Tokyo Metropolitan Orchestra, Kammerakademie Potsdam, Münchener Kammerorchester, the Moscow Soloists, Sinfonieorchester Liechtenstein, the Zagreb Soloists... From 2013, Adrien improves his skills with prestigious teachers of the Kronberg Academy: András Schiff, Nobuko Imaï, Steven Isserlis, Christoph Eschenbach, Ivry Gitlis. He studies at inspiring academies such as Prussia Cove in Cornwall or Verbier in Switzerland, two magic places where he develops his musical ideas and meets the best young soloists of his generation. For Adrien, since long, chamber music represents the opportunity to share the most intimate feelings. In 2014, Adrien wins the title of Young Artist of the Year of the International Classical Music Awards (ICMA). At Warsaw's prestigious Philharmonic Hall he plays the Romance by Bruch with the Polish Iuventus Orchestra conducted by José Maria Florencio. The jury says: "At his young age, the French viola player Adrien Boisseau is, quite apart from his technical skills and the beauty of his sound, a singularly mature and introspective musician." Adrien's life completely changes in 2015 when he is asked to join the famous Quatuor Ebène, one of the foremost string quartets in the world. He appears with the quartet in the most famous halls (Théâtre des Champs-Elysées, Wigmore Hall, Concertgebouw Amsterdam, Carnegie Hall) and with the most renowned musicians (Mitsuko Uchida, Matthias Goerne, Anne Sofie von Otter, Nicholas Angelich, Martin Fröst...). In the same year, Oehms Classics publishes his first CD, a Schumann recital with pianist Gaspard Dehaene.


About Hotel Costes - Since the last opus of the Hôtel Costes famous collection, after more than 15 volumes carefully selected and mixed by stephane Pompougnac, there still was a true and huge demand from the audience to deliver new volume. Avoiding the trap of intenting to re-create an artificial make-up release with a Pompougnac copycat, the hotel has developed a strong presence on the streaming platform such as Apple music on which they release monthly playlist and digital selection (Radio Costes). They also have a Spotify platform that allows the audience to rediscover all the legacy collection while being connected with what is played live at the Hotel, curated by Studio HC in collaboration with WYM, the agency who tailors the music selection at the hotel. 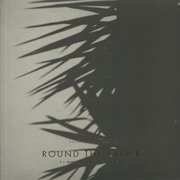