« Hôtel Costes presents... » is a collection of exclusive music recorded or mixed at Studio HC, the hotel studio, and composed by Adrien de Maublanc guests. This unique studio with exceptional gears craft the sound of MidiMinuit.

The second opus, Round the clock, by Midiminuit, is a modern album where classical and jazz music meet modular synths.
MidiMinuit is a collaborative project between pianist Julien Quentin, bass player Yonatan Levi and electronic musicians Cesar Merveille & Adrien de Maublanc. Four experts in their respective fields are harmoniously combining their music creating a new entity.
Three days, twelve hours of music per day, from 12pm to 12am. This was the primary rule of the jam sessions, giving the band its name. This was the first time all four musicians came together. In those three days, there was no rehearsals. Every piece was improvised, recorded and it was moved on to the next track. Bringing those world-class musicians together had the potential to create something unique. And so… ROUND THE CLOCK was born!

Cesar Merveille is known for his collaborations with labels such as Cadenza and Visionquest, and has been a major player in the electronic scene for the past 15 years touring extensively as a DJ, and has now started his own imprint Roche Madame. He started early on collaborating with musicians from different backgrounds. Combining electronic music with acoustic instruments has been part of his defining style since the early days. His love for modular synthesisers brings a unique colour to the sound and groove of MidiMinuit.

Julien Quentin – Born in Paris, graduated from the Juilliard School in New York, pianist Julien Quentin performed in all major concert venues such as Carnegie Hall, the Berlin Philharmonie or the Concertgebouw in Amsterdam. Julien’s interest after 20 years of classical music on the road is opening up to projects ranging from improvisation to producing electronic music and could be heard live at Sonar Off and Amsterdam Dance Event, or in Berlin clubs where he is now based. His remarkable depth of musicianship and distinct clarity of sound coupled with flawless technique bring its distinctive classical influence to MidiMinuit.

Yonatan Levi – Born in Tel-Aviv, Israel, Yonatan Levi first started with classical guitar and switched to classical stand up bass studies from the Israeli Conservatory of Music in Tel Aviv. He then got a full scholarship at Berkley College of Music. He has been playing alongside some of Jazz greats like Avishai Cohen and Eddie Henderson. In the past few years, since moving to Berlin, Levi has ventured into the vast electronic music world, becoming an avid vinyl collector as well as collaborating with electronic music producers who are known for their cross-genre, multi disciplinary approaches. Bringing all that jazz to the band.

Adrien de Maublanc – Adrien is well known as a producer and sound engineer as one half of the Masomenos duo which is a productive partnership with graphic designer and DJ Joan Costes. They have a long collaboration with the Hôtel Costes music history. In fact, they have been in charge of the Costes presents serie, a minimal electronic oriented serie of albums by glacial, seuil and themselves. Since two years now, they have located their studio in the Hôtel Costes extension that have been on works, and named the place Studio HC. It is in this unique studio that MidiMinuit has been mixed. Maublanc is now part on his own several bands that like midiminuit will be released on Hotel Costes Presents label. 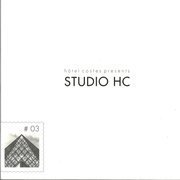