Cititrax presents a full length LP by a new duo called Tornische. Julio Tornero and Hanna Chamiarytskaya (aka Anneq) got together in Madrid after having met through mutual friends. Immediately, they bonded and found a musical chemistry between them. They went into the studio and began revisiting Julio's unreleased archives, incorporating what he had already recorded years ago with fresh sounds and Neu Deutsche Welle style duets. The result is a modern, chaotic, take on 80s European new wave, 90s detroit electro, and contemporary indie pop. The energy level is always high, the melodies are catchy and the vocal delivery and lyrics futuristic, subversive, italo-disco / punk, and surreal. A special album, this one is line with Medio Mutante's classic debut EP, 'Inestable' (2008) and not unlike the pioneering sound of Liaisons Dangereuses.

The vinyl will be pressed on 160 gram ultra clear and limited to 500 copies. The record is housed in a PVC printed sleeve, with a neon graphic designed by Peter Miles. The back features an image by Nastya Porukevich along with the track titles and album info. 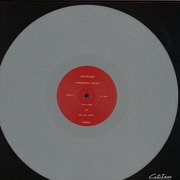 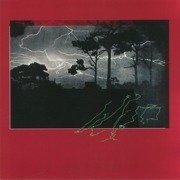