"On this seven track album we hear MinaeMinae (alias Bastian Epple) playfully scurry through his dense soundscapes on a tightrope. The sounds lying somewhere on the crossroads of psychedelic trance, exotica, ambient and melodic dance music – veering further off orbit with nontypical rhythms and dystopian percussive patterns.

MinaeMinae understands musical material similar to documentary footage which he would cut up, repitch, and rearrange freely. Most of his tracks are a mix of analog, synthetic sounds and recordings of ethnic percussion and guitar. Recently Bastian began experimenting with modular synthesis and self made tape echoes - seeking a more reduced and minimal composition style compared to his earlier quite whimsical tunes.

Growing up in a small village in southern Germany, Bastian was never interested in kitschy folk sounds that everyone would mindlessly clap and sing along to, rather he took solace in the time he would spend delving into patterns and repetitions that pleased him. His guitar strumming and what sounded to his mother like a young Philip Glass on a cheap Casio keyboard encouraged little Epple to continue on this self-taught path of developing his musical language. He then started to experiment with a tape recorder and layering sounds with non-musical samples, which his former village friends found too weird – then to eventually working with a small freeware DAW. Bastian went on to study Media Art at the Center for Art and Media (ZKM) in Karlsruhe – initially enrolled in music but the frustration and doubt of not being able to produce the music he wanted led him into film and documentary media. During his studies, Bastian was living with Florian Meyers (Don’t DJ) for several years where they would philosophize life and music into the wee hours – he encouraged Bastian to start sharing what he’s been quietly working on all these years and slowly emerge from this anonymity which eventually led to his first release on Human Pitch last fall.

Disproportionate forms, color changes, backdrops weaved into the foreground, all lay the dense earth for Gestrüpp through Benjamin Kilchhofer’s artwork." 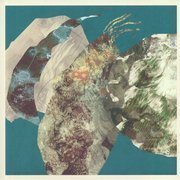 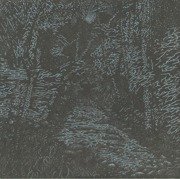 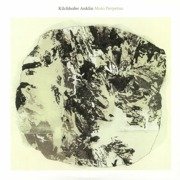 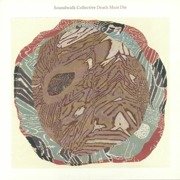 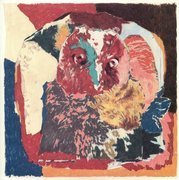