Second time around for "High Flyer", the sole single from The Underground Sound of Rome side project Ricardo. It first appeared on Vibraphone Records way back in 1992 and has since become an in-demand chunk of original Italian deep house. This re-mastered reissue includes the same versions as the original pressing. The A-side boasts the original mix, which while Italian in origin sounds like a sublime mixture of dreamy, Nu Groove style NYC deep house and New Jeresey garage. Arguably even better is the "Angel Mix", whose ethereal, elongated chords, epic ambient build-up, undulating bass and humid electronics are much closer in tone to the kind of "dream house" tracks that were all the rage in Italy following the success of Sueno Latino's 1989 single of the same name. 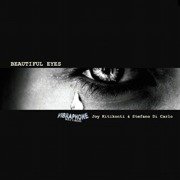