Aborted At Line 6 was a project that emerged from the inside of a Swiss company which sold electronic equipment and batteries. Carlos Perón (founder of Yello) sat on the same desk as the later publisher Urs Steiger. The other members Martin Sturzenegger, Moritz Faccin and Andrea Fürer sat separately through a glass pane in their own office and sold TEAK products. Chris Lunch was the only not employed in this company. He was working on some stuff at the Slatt Studio owned by Carlos Perón. They all had a ritual to drink a bottle of Mumm champagne early in the mornings. Since it was not allowed to drink in the workplace, the glasses were disguised as a coffee mug and used the winged word “Mümmli”.
It’s in this situation that Aborted At Line 6 developed into a “crazy idea”. They did some recordings in the studio of Andrea Fürer and mixed everything in just one go. The equipment used included one 808 Roland Drumcomputer, a Roland Drumatix, a Roland Bassline, one EMS Synthi A1, a Duke guitar and a Roland SH 3A operated and programmed by Carlos Perón and Chris Lunch. All this took place in 1982 and a 12″ single was released by Off Course Records (home of Grauzone and Stephan Eicher). 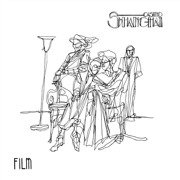 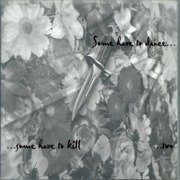