Café Türk are an inimitable Turkish-Swiss band formed in the 1980s, whose genre-bending sonic palette draws from Anatolia, the Caucasus and Western Europe. The group’s frantic trajectory connects Switzerland and the Turkish city of Kars with a background story as rich and unexpected as their sound. After three decades since they disbanded, Zel Zele Records have collaborated with Turkish crate-digger Grup Ses to give the music of Café Türk a new lease of life. This eponym compilation features original album tracks, singles and previously unreleased takes that trace the outline of the group’s history. From the rolling disco of the group’s debut recording “Haydi Yallah”; to the previously unreleased kosmiche of “Yıldızlar”, “Ali Baba From Istanbul”s Azeri grooves and German language vocals, to the psyched-out interpretation of Causaccian folk tune “Şamil”, Café Türk showcases the endless stream of ideas the band had during their time together between 1983 and 1989. Tracks come with an unrestrained spirit, weaving in the crackling energy of new wave, rock, disco and reggae with influences from Turkey and Azerbaijan.

This fascination in pulling different worlds together goes right back to the formative days of Metin Demiral, founder of Café Türk. Metin grew up in Kars, a provincial town in the Northeastern part of Turkey. Kars was once known for its multicultural communities; where you could hear locals speaking a range of languages, from Turkish to Azeri, Russian and Kurdish. In 1983 Café Türk won a contest set for Turkish groups based in Europe, organised by the label Türküola, home to Turkish stars like Cem Karaca, Selda Bağcan and Barış Manço. The resultant recording sessions gave birth to his new band and debut LP, Pizza Funghi. But Metin turned down Türküola’s offer to put the record out and instead self-pressed 1000 copies on his own Sound Concept label - driving as far as Berlin to sell them face-to-face to record shops. The record was picked up by a member of the German city of Nuremburg’s Cultural Department and soon Café Türk were invited to play for the local workers’ unions, many of whom represented immigrants from Turkey. These events only grew in popularity, the group ultimately spending five years touring similar shows in Europe, alongside more conventional tours and festivals. Metin had hoped to bring his new record to audiences in Turkey again, however, he found it impossible to get any of his songs played on state-sponsored radio, something he attributed to the infamously strict supervisory board of TRT, Turkey’s state-funded broadcaster. TRT tended to not accept songs that blended both western and traditional Turkish music in order to avoid “degenerating” Turkish folk music. Cafe Türk tried to fight this conservative mindset, but progressively resigned themselves to the political restrictions of the time. 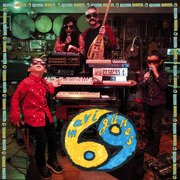 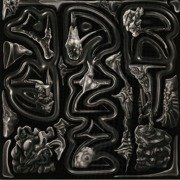 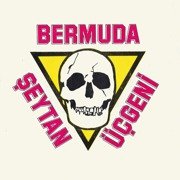