Mr Lee Perry who in no uncertain terms defines the words musical genius, recorded some of the most inspiring, soulful, funny and weird / wild reggae music ever put down on tape. Working through all the manifestations of reggae from Ska to Roots and Dub, where his ground breaking 1973 ‘Blackboard Jungle’ LP, set the standards, he was an innovator. If this was not enough his recordings of THE WAILERS, many believe to be their finest work. Born Rainford Hugh Perry, 28 March 1936, Hanover, Jamaica. He began his career at the grand age of 16, working for Clement ‘Coxone’ Dodd’s sound system, rising quickly to the position of record scout and organising recording sessions during his 3 year period 1963-1966. Restlessness and unsatisfied with credit he felt due to him he moved on to work with Producers J.J. Johnson and Clancy Eccles, the later of which would help him set up his ‘Upsetter’ label in 1968,which would see his first of many recordings telling the injustices done to him by previous employees. ‘The Upsetter’ track itself pointed at Mr Dodd but reflected back to Perry when he inherited it as a nick name along side many others during the coarse of his career, including ‘Scratch’, again taken from one of his recordings ‘Chicken Scratch’ recorded in 1965/1966. Perry’s work in 1968 with producer Joe Gibbs was fruitful and resulted in many successfulreleases, but again lack of credit and itchy feet, it was time to move on. But not without leaving his trademark recording summing up his feelings at the time ‘People Funny Boy’ this time aimed at Mr Gibbs. Still not having a studio of his own, Perry recorded at the various Kingston establishments of the time, Randy’s Studio 17 on North Parade, Dynamics on Bell Road and Harry J’s on Roosevelt Avenue where the bulk of the aforementioned recordings with The Wailers were carried out. During this time and the years that followed Perry has built up a vast catalogue of backing tracks / instrumentals, he had cut over a 100 releases on his ‘Upsetter’ label alone. A library of music that he has an uncanny knack of reutilising to work into something new when put against a new song / singer. This collection of rare and unreleased dubs stems from his 1971-1974 period. We can here on tracks like ‘Perry’s Jump Up’ Ska-ish up tempo chopping guitar cuts leading through to organ laden tracks like ‘Roots Rock Dub’. The sound moving to a slowed down rhythm on ‘Perry in Dub’ which would predominate his sound, when in mid 1974 he’d open his own studio at his home in the Washington Gardens district of Kingston. We hope this selection of lost treasures will add to the jigsaw that makes Mr Perry’s output now spanning over 5 decades so remarkable.
RESPECT.... JAH FLOYD. 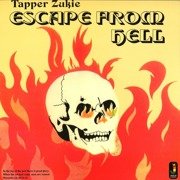 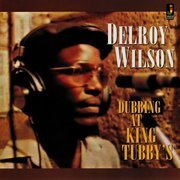