After a well received and enjoyed first joint on this freshly founded co-founded music label joining Kalakuta Soul Records with the neighboring Bahlo Records Store, Kalakuta Soul Bahlo Records is more than happy to re-issue a Disco gem that has been enjoyed in several occasions in the past years but seldom was easy to find. On a working trip to Italy the salesmen Mohmed Fersi, Lotfi Ferjani, Smir Almia, Mohsen Matri and Nejib Toukabri used their stopover in Italy for a recording session guided by the owner of Phono Sound Dischi Francesco Ammaturo and that resulted in the release of „Dance“ and „Can’t You See Me“ in 1980. Almost 40 years later, KABA’s half Guy Dermosessian got invited by the mighty Najib Ben Belgacem for a memorable party he organized together with Tunis’ mighty „Downtown Vibes“ Family at Wax Bar followed by a live stream for downtown based and freshly found record label „Eddisco“. Why we’re telling you that? Well, odds are it turned out that one of Downtown Vibes’ Baba and Eddisco’s Mama was the amazing selector and DJ Hamdi Toukabri, nephew of Nejib Toukabri, Corniche Band’s Keyboard maestro. And the rest is history as you can imagine. We are more than pleased to have had the chance to re-issue this amazing record we hereby would like to dedicate to the shortly deceased Mohmed „Momo“ Fersi and his family. May his soul rest in peace. We would also like to thank Hamdi Toukabri and Nejib Toukabri for making this happen and possible as well as our brother Najib Ben Belgacem for bringing us all together in the first place. Corniche Band comes in its original Cover design and with the same tracklist. Stay tuned for an exclusive and lovely Edit of „Dance“ by Downtown Vibes’ super amore Hamdi Ryder hitting the digital shelves upon release of this record. 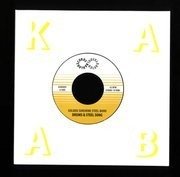