Jorge Ben can do it all - vocalist,songwriter, musician, producer and to many their ‘all-round’ favourite Brazilian artist. Jorge has had an amazing career, involved in music from the early 60's through to the current day, writing countless classic songs for him and other artists.

This awesome samba-disco-funk joint 'Waimea 55.000’’ is a lesser-known production, taken off a 7” B-side released on Som Livre in 1978. This is a gem which needed to be dusted off and given the
wider audience it deserves.

Baby Consuelo with her distinctive voice is one of Mr Bongo’s favourite Brazilian singers. The only female founding member of the mythical group Os Novos Baianos, Baby is a real innovator andpioneer, changing her persona and musical styles over the years, but still staying unique.
Here we have Baby at the start in raw psychedelic hippy mode,
giving a powerful vocal delivery where she manages to sound simultaneously badass and lovable. This early song was released in 1970 on RGE records on a compacto 7” credited to Baby Consuelo and additionally featured on OsNovos Bahianos’s debut album 'É Ferro Na Boneca!’ in the same year (re-issued on Mr Bongo in 2019). 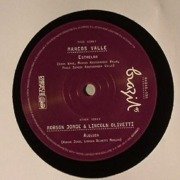 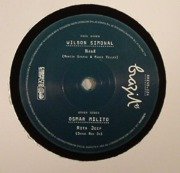