Martin Georgi is not a newcomer. He is more like one of those who like to stay under the radar. The sample-based music producer made his debut in the deephouse sector on his own more than 10 years ago, completely without a label or distribution. In 2016, the Berlin record label OYE Records became aware of the hitherto unknown artist and finally re-released the tracks from his debut. Since then, his early tracks have been compared around the world with the early works of Moodyman or Theo Parrish.
After more than 10 years and the maxi “9 to 5 is killing me” (2018), a second album is finally released on the underground label quietelegance records. Stylistically it ties in with the first work. “Money from the trunk” is the title of the new album and it includes socially critical issues such as class differences that are created by capital. Georgi plays with a large portion of irony and of course plenty of samples, which the passionate record digger skillfully processed into eight new songs.
Georgi not only stands out from the conforming deep-house crowd with his raw, unconventional production style, but also ensures that old-school sampling continues to have its place in current club music. In doing so, he reacts to global music trends, which he incorporates into his tracks through the finest sample operations. So it is not surprising that his new album “Money from the trunk” has a rap song as title song, for which the renown artistic-activist rap duo Fokn Bois from Ghana is jointly responsible. Also on the list of prominent guests are Felipe Gordon from Colombia and Delfonic from Berlin as well as Cornelia Lund from fluctuating images. Roskow Kretschmann appears as co-producer, whose name is associated with many other well established musicians. 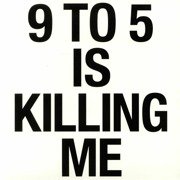