Craft Recordings is pleased to reissue four classic, remastered titles from legendary jazz artist Chet Baker. Set for release on March 5th and available for pre-order now, the albums comprise Baker’s entire output as a leader for the renowned jazz label Riverside—all recorded and released between 1958 and 1959: (Chet Baker Sings) It Could Happen to You, Chet Baker in New York, Chet and Chet Baker Plays the Best of Lerner and Loewe. The recordings, which feature such icons as Bill Evans, Johnny Griffin and Kenny Burrell, have all been cut from their original analog master tapes by Kevin Gray at Cohearent Audio and pressed on 180-gram vinyl at RTI. Each title will also be available on March 5th across digital platforms in hi-res 192/24 and 96/24 formats. 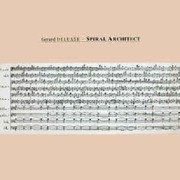