Standby for a killer album or pure bass and breaks badness from Etch. He says this record is inspired by his favourite iconic horror characters like Buffalo Bill, Leatherface, Jason Voorhees, Michael Myers. It also has tracks that take inspiration from his favourite band The Doors and 1995 film Strange Days. As a result the music if often cold and stark, hostile and confrontational and all the was intentional from Etch. "The tracks have been produced in an uncertain and quite downcast period of time for me," he says. Rather than being a depressive listen, though, there is charm in the darkness that cannot fail to get you locked in and moving. 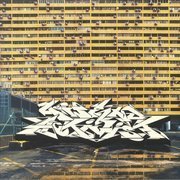