Seven Davis Jr. relaunches his music imprint “Secret Angels” with full digital and physical distribution behind it. The labels first official release is the “One” EP (Special Edition).

In 2012 Seven Davis Jr.’s song “Thanks” debuted on Gilles Peterson’s “Worldwide Family Vol 2” compilation (curated by Kutmah). He then released the highly popular “One” EP on Must Have Records in 2013. A live edit of the title track was later included on a release with Classic Music Company in 2014.

Those two songs along with other popular tunes, collaborations, remixes and live performances helped catapult the artist around the world up until 2016 when he took somewhat of a hiatus to treat his depression and anxiety.

This special edition includes original versions to both “One” and “Thanks”, plus 2 unreleased tracks recorded between 1999 and 2011. Paying tribute to the songs that kickstarted Seven Davis Jr.’s career in the spirit of now kickstarting the labels new beginnings.

With a roster of unique artist in the pipeline, Secret Angels will definitely be a go to for exciting rare sounds. Sev’s next album is also forthcoming, which will be his first “above ground” release since the 2015 “Universes” album on Ninja Tune. 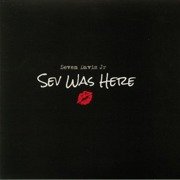 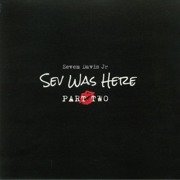 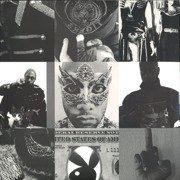 Live From The Other Side