This is a special edition release of four Polish performers who began their musical club adventure in the 90's Rave events, creating the foundations of the music scene in Poland. This EP is the effect of musical evolution last over 30 years. EP shows our experience gained on the club scene of the 90s in combination with our artistic maturity gained the career of each of us over the years

Matush 'Need You' When you were born in the 70s, grew up in the 80s, then the 90s in combination with desires and passion must mean a cultural explosion that reflects a mark throughout all life. It was the time of organic work creating club culture, discover new music sensations that remain in you forever. Today, many will call this Oldschool. In 'Need You', we can hear sounds and arrangement influence that time. Hypnotic, looped samples, synth chords, deep bass and a big, long breakdown are Matush sign for years.

Matt Kowalsky 'What What' Track inspired Oldschool flavour of 90's house, speed garage and analog synth sounds. Piano stabs reminds me early techno grooves which everybody of us was a part of. Looking forward to do some more tunes like that. DJ, DVJ, music producer, composer, Remixer and sound director, graduate of the Jazz Faculty and the Music Academy of Music Academy in Katowice. Rewarded in Poland and in the world. There are many copyric albums, a compilation and vinyl records in his achievements. It is worth mentioning the Nominations for Fryderyk's Musical Awards, Independent Music Awards or Red Bull Music Academy in New York.

Karol XVII & MB Valence 'Organic' For many of us, the 1990s released extreme emotions. Obviously, those were mostly subjective and dependent on the time of day or even the sun shining too brightly... Some wanted a new technology, others serenity, still others were irritated by the fact that various drum machines were being replaced by the Roland's triple digits. There are some people who still hate the 909 kick because it is too hard, too stiff, too whatever... The effect is that life verifies certain things in its own way without asking individuals for their opinion. However, these individuals have an impact on life... their own lives... the way they perceive certain things, the way music may look like and sound like today, tomorrow or in a few years according to what they think... If we could turn back time stopping our experience, passion, knowledge, this is how the house of the 1990s might be like. Let that kick be, the kick itself or even that whole beat machine, let it prevail, but also let it leave some room for emotions, regardless of what they may be like.' - Organic, Karol XVII & MB Valence.

Sonic Trip 'Infected' It's the newest musical child. The happy parents are Exwookie and Nobis and the godfather is fantastic singer Frenchy. At a time when the world froze with fear of infection, Sonic Trip began to search deeper for the meaning of the word and concluded that the real infection occurred years ago, when they were irreversibly infected with rave music. It turned out that no vaccine will save them from the need to release another vinyl. They found other infected, and on 09/24/2021 we will be able to hear their version of the disease in the form of an album - 4 Ravers, released by the well-known GrooveTom Records clinic. Going against the current trends, we strongly encourage you to come into contact with this virus, especially because it is transmitted through vinyl. This virus loves contact with needle and causes uncontrolled feeling of euphoria and surge of positive energy. All these facts remind them Early Techno Grooves which Everybody of us was and still is a part of. 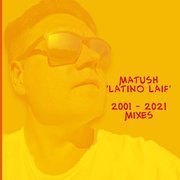