Sixth months after it first dropped on streaming platforms, the expanded 'deluce' version of Kanye West's 10th studio album finally drops on CD. Less over the top and strutting than its predecessor, Jesus is a King, the double-disc set continues the iconic artist's infatuation with blending cutting-edge contemporary hip-hop (and nods to his musical roots in the '90s rap scene), R&B and his beloved gospel, resulting in a grandiose and entertaining set that makes use of a huge roll call of guests and collaborators *Lil Baby, Lil Durk, Lil Yachty, Roddy Ricch, Young Thug, Jay Electronica, Travis Scott, The LOX, Kid Cudi, Fivio Foreign, Westside Gunn, Conway The Machine, Playboi Carti, Jay-Z, Shenseea, DaBaby, Pop Smoke and Andre 3000 all feature). It's basically stadium hip-hop blended with reflective soul and R&B; given that nobody else does it quite as well as Kanye, it's no surprise that Donda hits home hard. 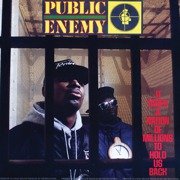 It Takes A Nation Of Millions To Hold Us Back (180g) 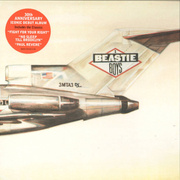