"Their best album to date...the brilliant and bonkers "Between Two Worlds"" (Shindig!)

“Please, do yourself a favour and listen to this exceptional album.” (Twisted Soul Music)

“A collective sound in which a lot is allowed and a lot is done. That combined with the compositional ingenuity, the heterogeneous timbres and the excellent arrangements (also) makes this album a joy to listen to.” (Opduvel)

"something really rather glorious" (Electronic Sound)

"climb aboard a most eclectic flight across the gaps between worlds, and let this sonic, wrangled protest melt your brain" (Monlith Cocktail)

"a beautiful record for both old fans and new listeners" (OOR)

"call it dark kosmische perhaps, and call Between Two Worlds another fine record from King Champion Sounds" (The Vinyl District)

King Champion Sounds release their double album "Between Two Worlds" with the same insatiable appetite to experience the endless possibilities that are open to making music as they had with their previous four albums. Music as an open conversation. An opportunity to exchange ideas. To listen to each other. To be open-minded. To push boundaries and explore new worlds. Whereas elements of krautrock, electronica, free jazz and dub have always been part of the KCS armoury, they have never stuck to a formula in the music making process. The core members (Ajay, Oli, Jos, Mees, Chris, Holly and Elsa) have kept themselves busy with many other projects and have brought their different experiences into this rich new album.

The open conversations extended to other artistes from around the world. Gerry Love (formerly of Teenage Fanclub) added beautiful vocals and instrumentation to "I'm In Between Two Worlds"...a song that expresses the transition that the world has been making in the last year of uncertainty...but with hope at the end of it all. Mia Doi Todd brought her incredible folk voice to "Easby Abbey Remembered"...a song filled with poignancy, as golden memories are retrieved and cherished. Sally Timms (The Mekons) adds her oh so warm and instantly recognisable voice to "Thou Hurricane"...a Popol Vuh inspired vision of dying civilisations and what happens when you cut down the last tree! Helping Sally on vocals on this track are Jon Langford (The Mekons) and Janet Beveridge Bean (Eleventh Dream Day). And Marieke McKenna brings the words from her diary, recalling a surreal escape to a millionaires yacht and the stark contrast it provided to the"real" world outside...a beautifully penned and delivered work from this Glasgow poet. 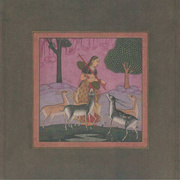 Matir Gaan: Songs From The Earth 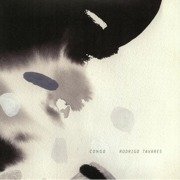 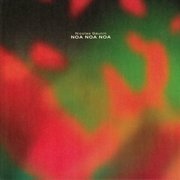 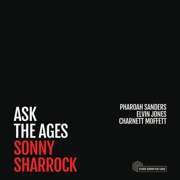 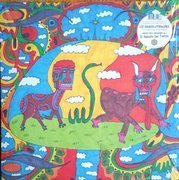 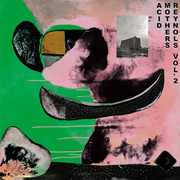